Phase 2 of the drawing dialogue initiative has reached its culmination, with an exhibition from 12-19 July 2018 at the Educational Research Centre in the city of Katerini, northern Greece.

My work on this project began last November with four unresolved drawings that sprang from another project of mine employing frottage techniques to record textures on large rocks I found in the landscape in Hong Kong. The marks resulting from this process began to take on a certain character that I felt resembled some kind of language, albeit unknown. Keeping this thought in my mind as I worked, I imagined that I was actually compiling a text and as the marks gradually built up they developed relationships among themselves that could almost have been syntactical.

Once these four drawings had reached a satisfactory state I posted them to Georgia Boukla in the UK, so that she could continue work on them. A little while later, four drawings made by Jane Kennington, also in the UK, arrived and I laid them out so I could get to know them a little better.
Once I had become more familiar with them I began work, attempting to develop the image further without pushing it to a resolution...sometimes not so easy to do. These four drawings were then posted to Georgia so she could attempt to resolve them.

When the final set of four drawings arrived, it was my responsibility to guide the images to a resolved state. In fact, by this stage, the three of us had in front of us a set of four drawings that had been worked on by the other two collaborators. Once this stage had been completed all the resulting drawings would be sent to a common location to be exhibited.

It turned out that due to certain circumstances, I would be leaving Hong Kong and so I had to work hard in an effort to resolve the images before I left. I had to work quickly and make some quick decisions, which is something I do not like to do when I'm working on such drawings, especially as part of such a unique project. I much prefer to wait and allow the drawing itself to guide me to a conclusion.

I have tried to combine photographs of the three stages of each drawing so that the progress is easier to see. Some of the images are better than others as they were taken quickly for reference rather than for archival purposes. The final stage of the third set of drawings is left blank at the moment as I do not yet have access to the resulting images that are, hopefully, now on show in the exhibition in Greece. [This will be updated if / as soon as the final images have been obtained].

Once again, I am so grateful to have the opportunity to work on this collaborative project. The results are unexpected and the work was challenging, yet so rewarding. An artist's practice can often be quite a solitary existence and so this project is a chance for me to break out of my usual methodologies and to take a step sideways to encounter a new experience. I have learnt so much from this project and I think I could not wish for more. I would like to thank and congratulate the organiser, Gabriela Boiangiu and my two collaborators, Georgia Boukla and Jane Kennington. 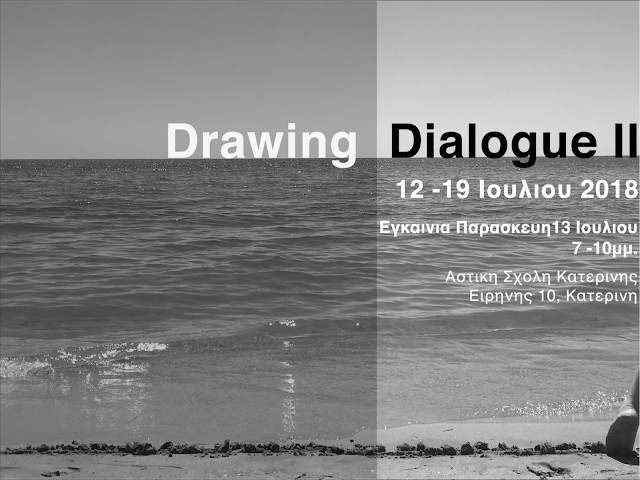 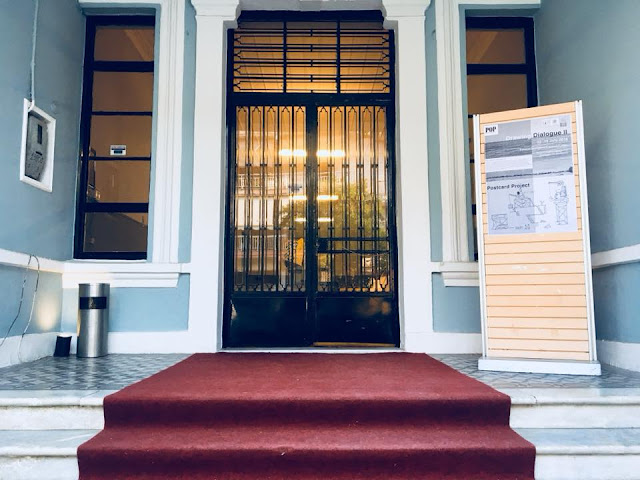 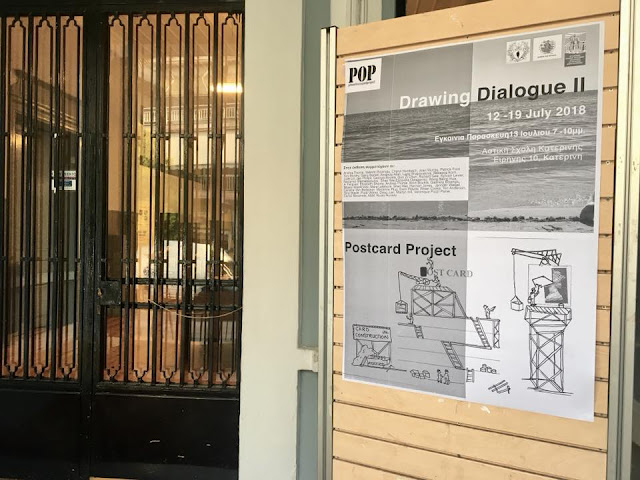 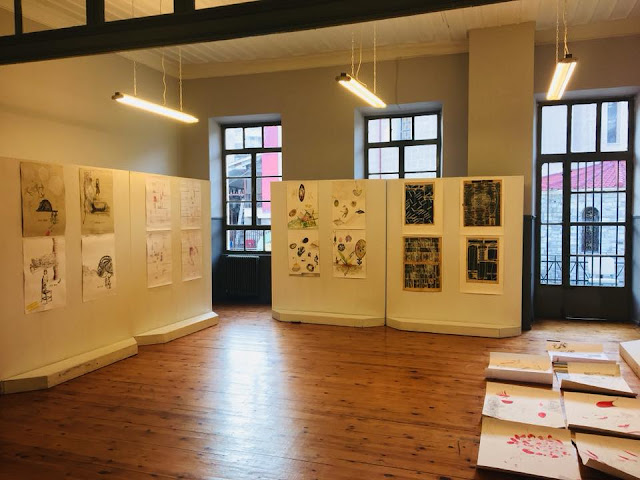 Combined Stages of the Drawings: