10th International Conference on The Image

For the 10th International Conference on The Image, this year held at the Manchester School of Art, Manchester Metropolitan University, UK on 5-6th September, I decided to submit a conference poster for inclusion.

Being preoccupied by performative walking in recent years, I thought it would be good to compile a collection of working methods that could be engaged in and at the same time to present examples of these methods that I had personally experienced.

I titled my poster 'Strategies for Performative Walks', created in collaboration with Nina, Yiu Lai Lei (with whom I have collaborated on several recent projects) and set out to present these strategies. To fully illustrate each method I presented a representative image, short description and a QR code that would direct people to a more in-depth blog post.

The strategies were introduced in isolation but, of course, they could be combined to create multi-faceted projects.

The abstract for the poster read as follows:

Walking can be thought of as a medium just like painting, printmaking or sculpture so the crucial question is: What happens once the walk commences? There would usually be a strategy employed when approaching the walk unless the plan is to deliberately dispense with strategies. The strategy can involve observations and responses to the location the walk takes place within or, alternatively, can relate to discussions with fellow walkers or even communication with other participants walking simultaneously in remote locations. Thesis communications, along with observations of the locale, can be transmitted and/or recorded to form an archive or even the basis for a future, related piece of work. This poster outlines six strategies for approaching performative walks. 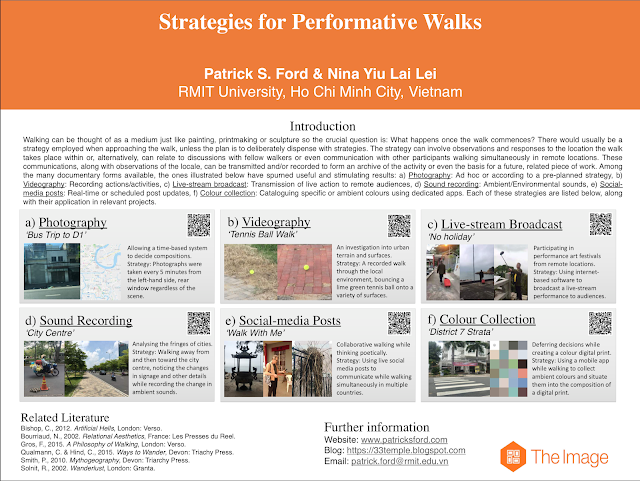 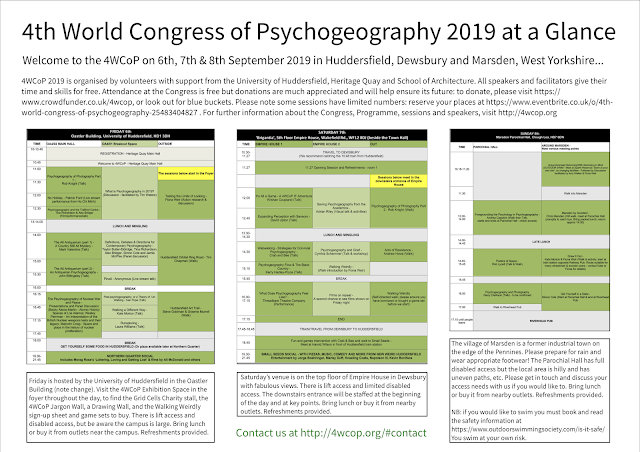