At the end of November 2013 I flew to Sendai in Japan via Narita to attend a DESIS Japan forum in Matsushima with a delegation from the Hong Kong Design Institute. For two nights we stayed in Sendai City but on the second of the three nights we spent the night at the Daikaiso Inn where the forum was being held.

The morning and afternoon were spent listening to the very interesting and engaging presentations while lunch was taken down in Matsushima which is a beautiful place and somewhere I really must return to. In fact Matsushima is the last stop on the local railway line as the terrible tsumani took out the whole next section of track.

The next day was spent taking a tour around the worst affected area of Ishinomaki which was devastated. The whole waterfront area was completely destroyed and it is still being cleared up. A local guide told us the story of how he narrowly escaped death when his car was trapped in a traffic jam. Luckily he managed to run and take shelter in a 2 story building nearby. Many more were not so lucky and perished still trapped in their cars.

On the last evening I had a walk around Sendai City which had been decorated with lovely Christmas decorations, and on the next morning's flight back to Hong Kong it was difficult not to think back to the awful events which took place in the Sendai region.

Before we left Sendai for the airport I had the opportunity to walk across the city to the Mediatheque, the library designed by Japanese Architect Toyo Ito - winner of the 2013 Pritzker Prize. It was completed in 2001 and although it definitely has the 'lived in' feel to it, it felt a working part of the city, very much alive. On the ground floor we saw young kindergarten children enjoying a singing game and on the upper levels many students were working which is great to see. I enjoyed this experience with Sheila Levrant de Bretteville who came from Yale University to act as visiting fellow at the Hong Kong design Institute. 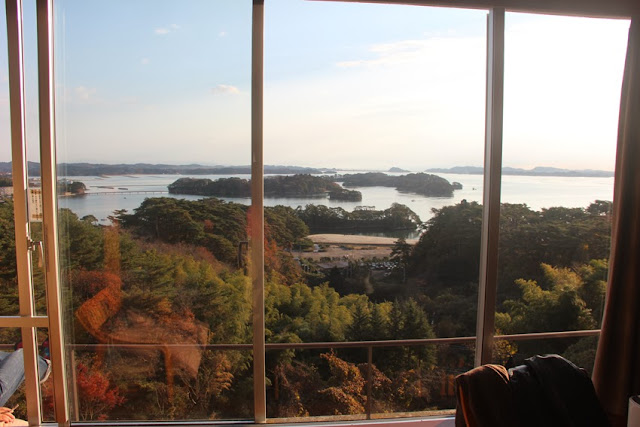 Beautiful view of Matsushima from my room in the Daikaiso Inn 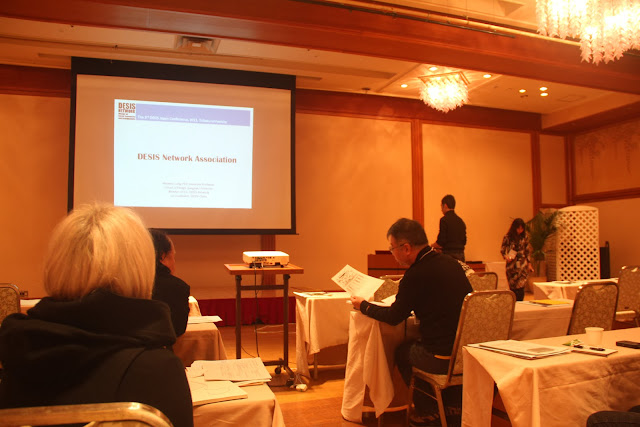 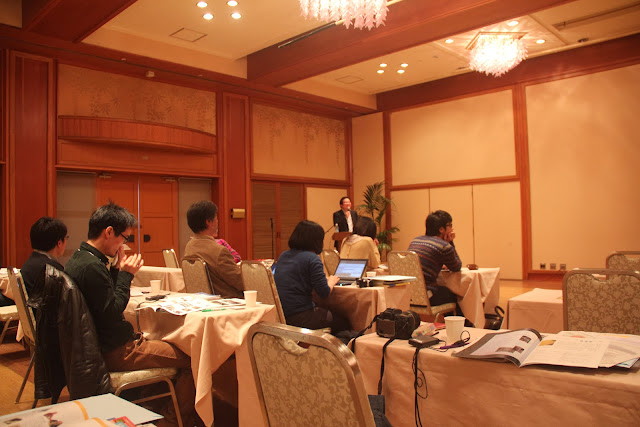 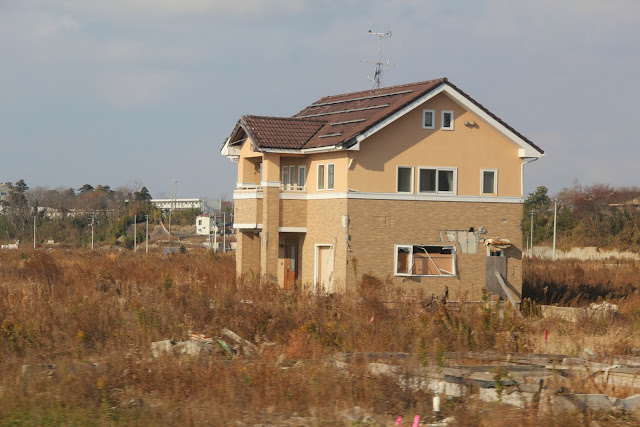 The only remaining private
building on the seafront at Ishinomaki 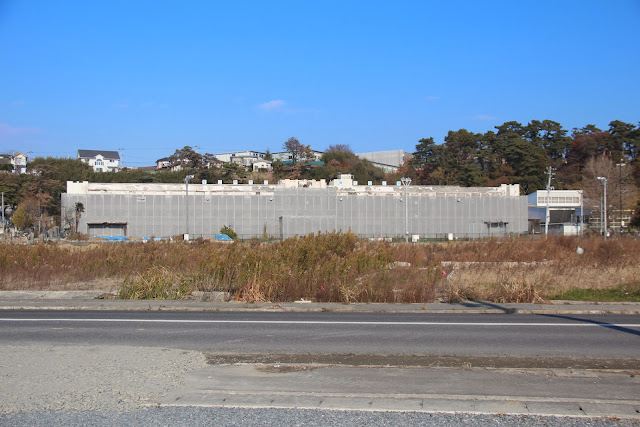 A badly damaged school, luckily the children escaped onto the hill behind 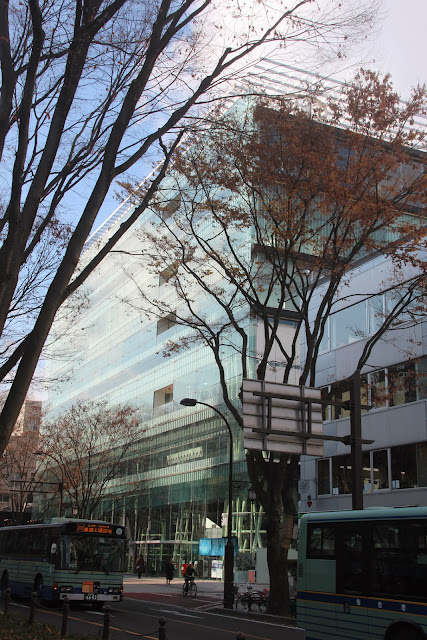 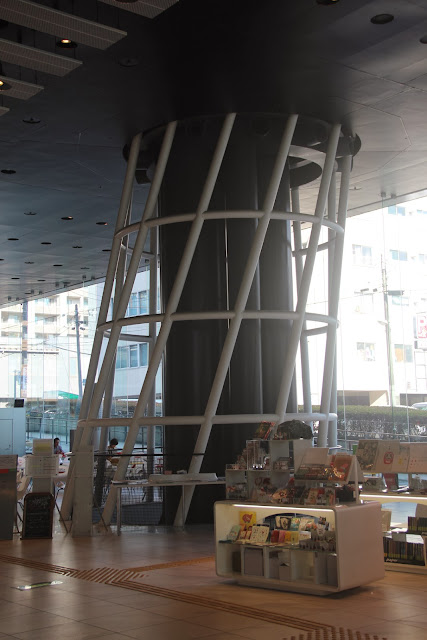 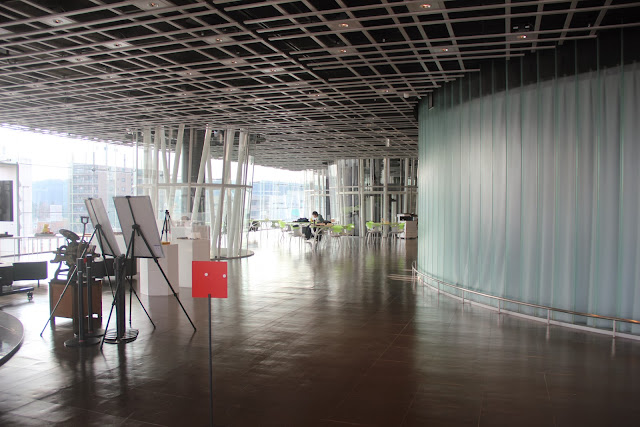