Skyline Walking is a recent project initiated by Alisa Oleva. As an open call for participants, Alisa asked for short videos of around one minute duration and recording a walk that features a scene looking directly upwards towards the sky, with buildings silhouetted against the night sky.

Alisa's plan was to combine the submitted videos from all over the world into an 'accumulative video archive'. As a creative provocation the open call provided the following paragraph:

‘I like to walk at night. I like to look up and trace the rooftops of the buildings with my eyes. As kids we are often told to look where we are going and mind one’s step. But what if we wander the streets looking up, walking the up-streets of the city architecture? We often have our phone in hands as we walk, why not use it to see the city from a different angle?’

On Thursday 29th April, I chose a location in Ho Chi Minh City that had conveniently spaced buildings with a noticeable architecture feature in the facade...and the rest I left to serendipity. During the minute's filming I walked around 30-40 feet avoiding cars and other pedestrians, orienting the camera as I walked, trying to use the nearby architecture to recreate the sense of 'being there'.

After reviewing the video I realized that, perhaps due to the height of the buildings and the changing orientation of the camera, it seemed as though I was hardly walking at all. I was surprised by the feeling that the recorded walk was not the same walk as the one I experienced while filming. I found that as the experience was transformed into a digital recording, the experienced had also been transformed.

The submitted videos are being broadcast from Thursday to Saturday, from 12:00-6:00pm during the run of the 'Midnight Sun' exhibition.

I am always interested in participating in projects initiated by other artists. It is refreshing to become immersed in an activity that has already been devised and orchestrated by someone else, with all its surprises and discoveries.

The videos are streamed via the broadcast section of the Black Tower website.

The broadcast page of Black Tower can be found here.

Further details about the Midnight Sun exhibition can be found here.

Please view the recorded walk via the broadcast page in order to see the work in the exhibition context. Once the exhibition has finished, the walk can be viewed below:

On 18th April 2021, the GROW 2021 event was held at Le Meridien Hotel in Ho Chi Minh City, Vietnam. The event was hosted by Fluxmall DTG to an assembled audience of local designers, entrepreneurs, industry representatives and students.

After an introduction to digital printing and its many applications by Fluxmall DTG director Dmitry Sarbaev as well as practical demonstrations by his team using the digital printing machines transported to the venue, a panel discussion was held that examined how the local industry and design sect have adapted to the COVID-19 pandemic, and what the future may bring.

The panel discussion was facilitated by Dmitry Sarbaev and featured contributions by:

An article based on the topics discussed during the panel discussion can be read here.

A video review of the event, created by Fluxmall DTG, can be viewed below, or here. 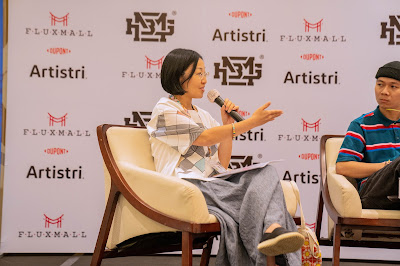 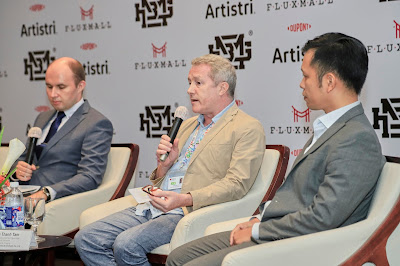 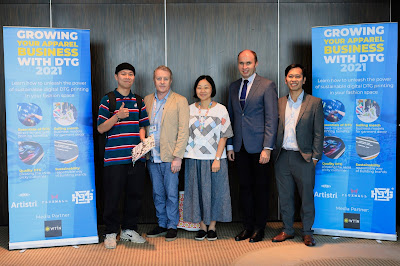 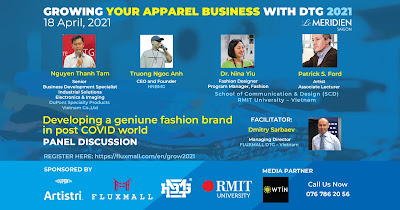 Photos and images courtesy of Fluxmall DTG.
Posted by Patrick S. Ford at 2:28 AM No comments: