On 12th March 2014 I attended a performance of Iphigenia in Tauris at the Hong Kong Cultural Centre  by the Tanztheatre Wuppertal Pina Bausch.
In order to guarantee myself tickets for this performance I had purchased the tickets months before only to discover later that it was on the same evening as the HK ArtWalk. However, I couldn’t feel disappointed as the performance was truly unforgettable.

Pina Bausch first choreographed Iphigenia in Tauris in 1974, before she had fully developed the language that would make her famous and that would change modern dance forever but she was already revolutionizing the way the actors/dancers/performers told the tale.


The sets, the costumes, the music and the singing had been pared down until all that is left is pure emotion. In fact, with the chorus seated in boxes on either side of the stage, merging with the audience and the minimal setting I felt transported back to ancient Greece watching and listening to this tragic tale set in the days preceding and after the Trojan War. 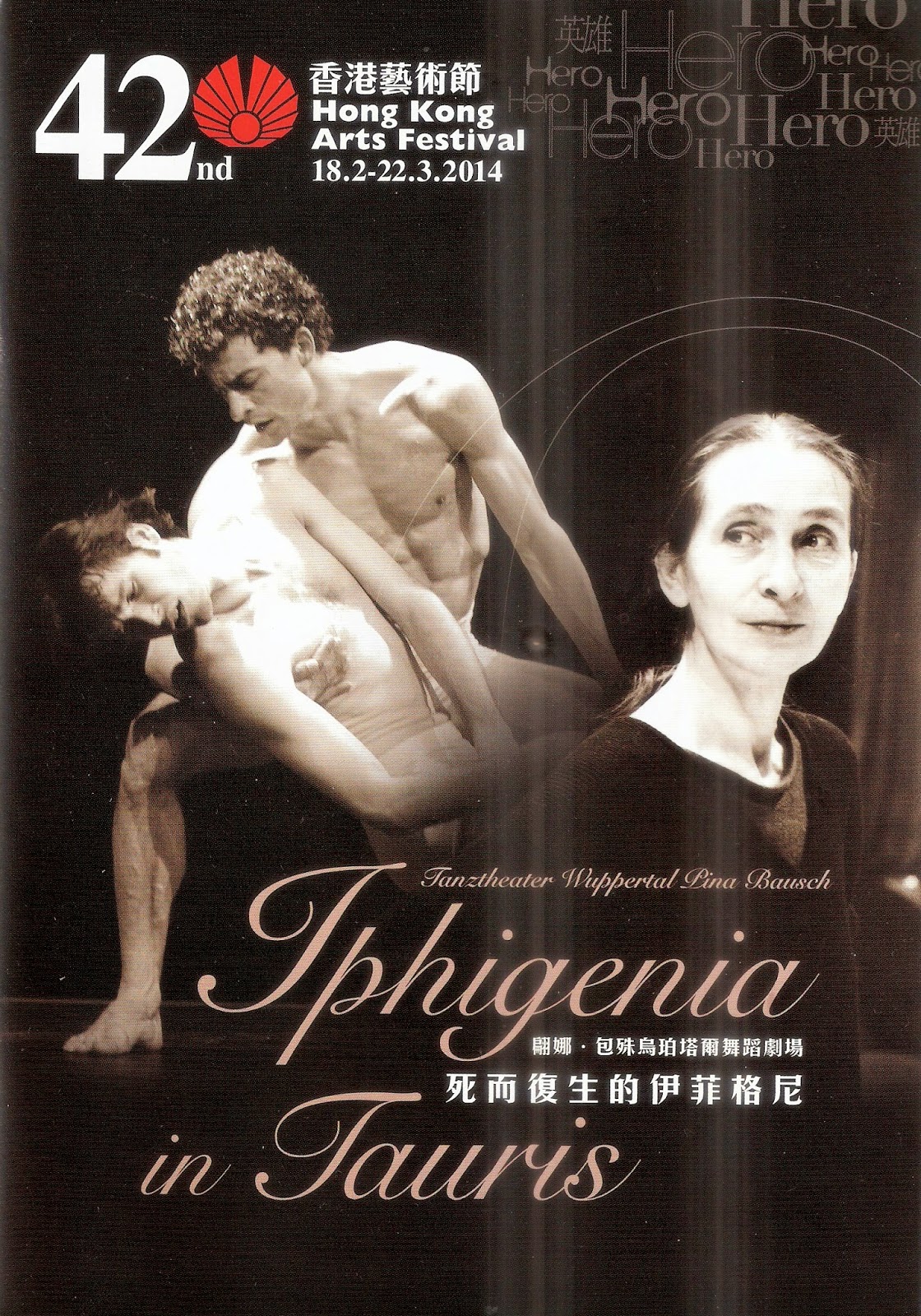