Sheila Hicks at The Hepworth - Wakefield

Earlier this year I was in Wakefield, West Yorkshire to install a piece of work within the Cathedral as part of the exhibition 'Assembly' (read more about this here), and while in the city I walked down the road to the beautiful Hepworth Gallery to see an exhibition by the US artist Sheila Hicks. I have been aiming to write a short piece about the show but one thing led to another and one project after another drew my attention until now when, sadly, the exhibition is no longer running. Nevertheless, I felt that her work deserved a few words.

Sheila Hicks (b.1934) has devoted her life to the study of textile and fibre, travelling from the US, throughout Latin America, Morocco, the Middle East, India, Japan and France where she now lives, still working. Everywhere she has travelled, she has learned from and collaborated with the artists and craftspeople she has met along the way.

She studied at Yale University while Josef Albers taught there and was influenced by the ideas of George Kubler, who published The Shape of Time a few years later.

Later, Sheila Hicks began to incorporate found objects into her sculptural work on a large scale, frequently working with local communities, reflecting the shared collaborative experiences she had gained years before.

This exhibition presents a clear introduction to her work, starting with simple notes, tests and experiments to demonstrate her thinking process and the exhibition goes on to show her innovative approach to materials.

It is obviously too late to see this show now but I would recommend looking out for future opportunities to experience her work in person, no reproductions could adequately reproduce the scale and the physical impact the work makes, however I now present a few photos I quickly took in the short time I had at the Hepworth before I had to leave to catch my train. 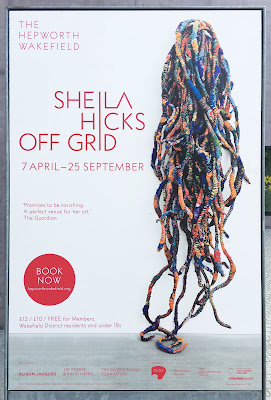 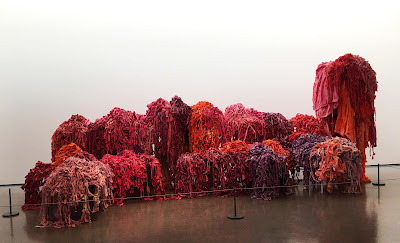 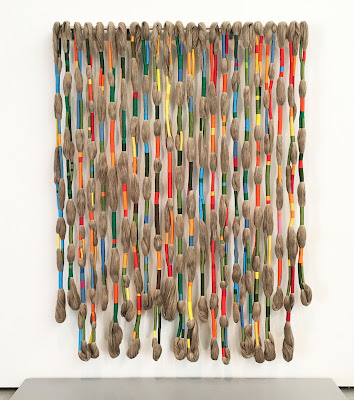 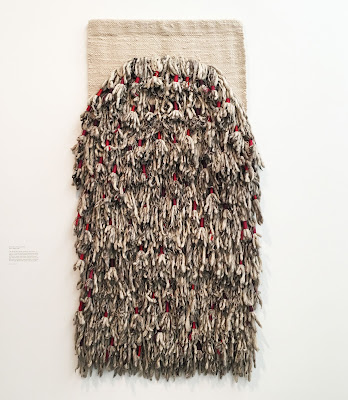 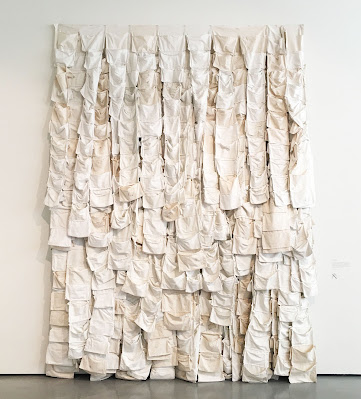 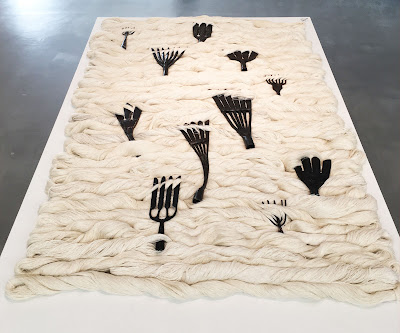