After completing the editing of the recorded version of the performance 'No holiday', which was enacted in Venice during the summer, I decided to edit together the four recorded versions into one 'film-reel'.
This would enable me to present the four recordings at one time and it also gives any interested viewers the opportunity to see the four versions one after the other. In this way, the differences in atmosphere, landscape and ambient sounds could be better illustrated.
These differences are very interesting and are one of the motivations for me to allow the project to develop further.

Three postcards have been printed, using images from the Cheung Chau, Sewerby and Venice performances to define each of the locations using the postcard motif to tie-in with the theme of the performance.

The recording can also be viewed on my youtube.com channel here: https://youtu.be/E72zI-SsI7s
Posted by Patrick S. Ford at 9:06 PM No comments:

I was invited by artist and good friend Manling Cheung, to participate in the exhibition 'One's origin' at the Jao Tsung-I Academy, near to Mei Foo, and decided to present the current status of my ongoing performance work 'No holiday'.

The group show featured a large variety of work: paintings, including work by Manling Cheung - https://www.facebook.com/manling.cheung, drawings, sculpture and photography, including some amazing images by Kent Foran - http://www.kentforan.com. It was great for me to have the opportunity to show photographs taken during my performances along with the red suitcase which is my constant companion in the 'No holiday' performance.

I also placed 3 postcards representing 3 of the locations at which the performance has been conducted. These were available for the audience to take away with them.

The opening of the exhibition took place on the afternoon of Thursday 5th October and it will run until Friday 13th October. 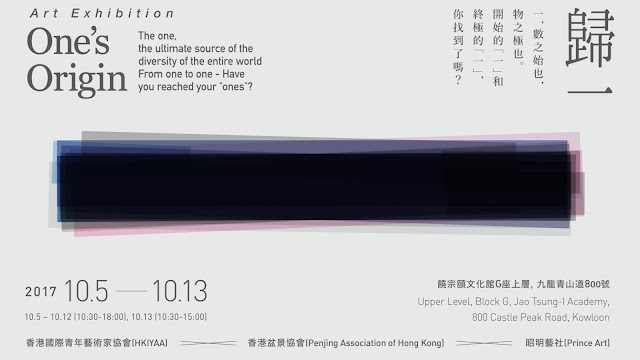 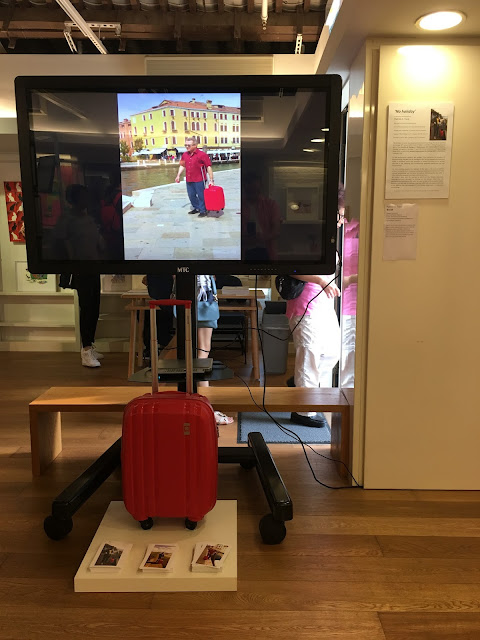 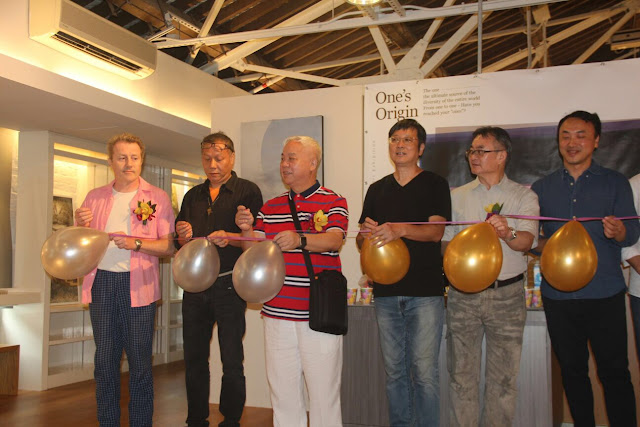