In an earlier post I introduced a short 2 minute video I made that was screened online and in the exhibition gallery as part of the 3rd Istanbul Biennial. The theme of the biennial was 'Are We Human? ' and I composed the video using images I had collected while working on another photographic project. I would now like to talk about that project.

In the Autumn of 2015 I went for a stroll along the east coast of Cheung Chau, a small island in the territory of Hong Kong where I had already been living for 3 years. I discovered a pleasant trail that lead down to the water's edge in a small bay that featured a Tin Hau Temple and this had become my regular Saturday and Sunday afternoon walk.

Around 50 meters past the temple there is a concrete walkway raised above the beach, which extended the trail up a short ramp and onto the adjacent headland. One day, as I stopped on this concrete walkway to take a photograph of the bay, I noticed a silver arrow that had been spray painted onto the seaward side of the walkway, pointing down toward the beach. The sand had almost covered the arrow head but there was just enough left to recognise that is was an arrow, rather than a silver line.
One or two weeks later I returned to the same spot and realised that the arrow indicated a drain that had been cut through the walkway almost at beach level. This drain allowed the water that seeped down from higher ground to pass through the walkway and drain back into the sea. The arrow had obviously been painted so that the location of the drain could be found whenever the sand built up and covered the drain.

On subsequent walks I began to notice that the terrain around the drain changed dramatically depending on the amount of water draining from higher ground, the intensity of the rainfall, the amount of debris washed ashore by tide and winds etc. I took a photograph with my camera phone so that I could compare it with how the drain may appear when I returned on my next walk. Without really planning it, I started to take a photograph at that same spot each time I visited the bay. As the images accumulated I realised that something had been triggered and a project had begun by itself without me being aware of it. I value these kinds of phenomena and decided to let it run to see where it may lead.
I purposefully did not pre-plan my visits to the bay to take photographs, I went there only when I had time for a walk and so the frequency of the visits varied. This added a touch of serendipity in that I couldn't predict the condition of the beach around the drain and each visit was a surprise.

I currently have around 50 images and as I had been reviewing them as a series my first action was to create a book of the images so that they could be reviewed sequentially and therefore the changes to the beach could be seen easily as the pages are turned. I  created two hand-made versions and then had a third version made at a local commercial photo lab.
A fourth version is currently underway and will hopefully be published soon as a commercially available book. 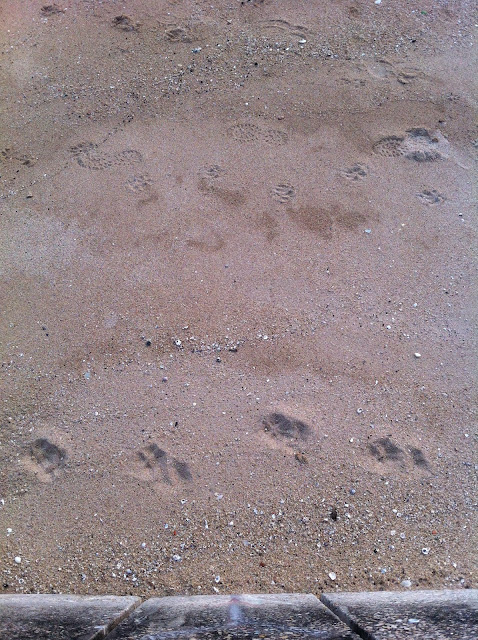 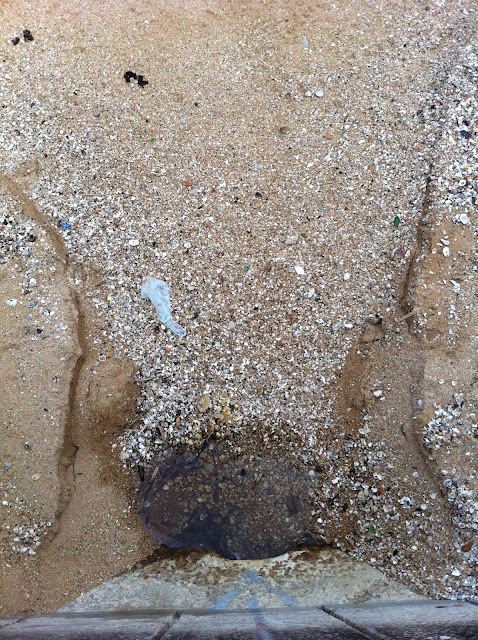 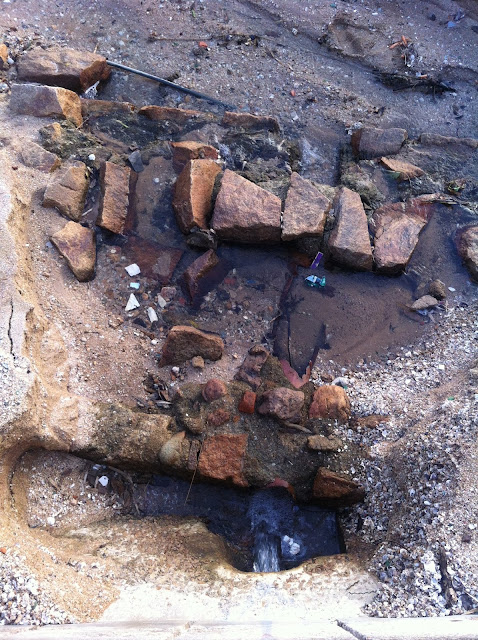