Exhibitions at The Factory in District 2

On Sunday 1st July I searched out The Factory in District 2, a new area of Saigon for me to explore. As I approached I quickly recognised the venue from the irregularly stacked containers, painted in bright colours.

Several people had already arrived in anticipation of events to be held later, part of the exhibition 'Hoa No - Exhibition of Rage'. Many of the works comprising this exhibition didn't really express 'Rage' for me, several were contemplative and some apparently had disguised any rage that was felt as it was not immediately apparent in the work. I'm not sure if this contradiction was intentional or not.

In the main exhibition hall I found 'The Oration for Ten Types of Sentient Beings', an exhibition of the work of Pham Tran Viet Nam. These long, unstretched canvases had been painted upon, ripped apart, recombined, cut, stitched, repainted etc. creating a fairly thick sandwich of layers recording the creative process, a kind of palimpsest.
I had seen some of the artist's work last week at the A.Farm exhibition and it was good to see several of the pieces in-situ. The hanging was complementary to the work, using large rollers to hold the work in 3D configurations that really showed the work to its best advantage. It was possible to read the work face-on, but also to see the reverse (that displayed the methods of construction more clearly), and it was even possible to look through the perforations in the work to other pieces in the exhibition.

The work appeared to change in nature as I walked around the show, hovering delicately between two and three dimensions. At one point the work resembled a precious, exotic carpet while at others it suggested theatre scenery. This is an example of the best kind of exhibition, one that rewards further inspection and consideration.

As I left The Factory, the rain made its familiar late-afternoon appearance and it was a relief to be able to grab a taxi without waiting too long. 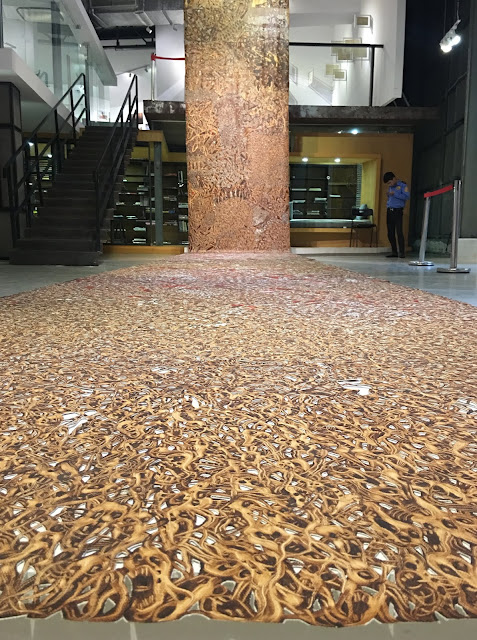 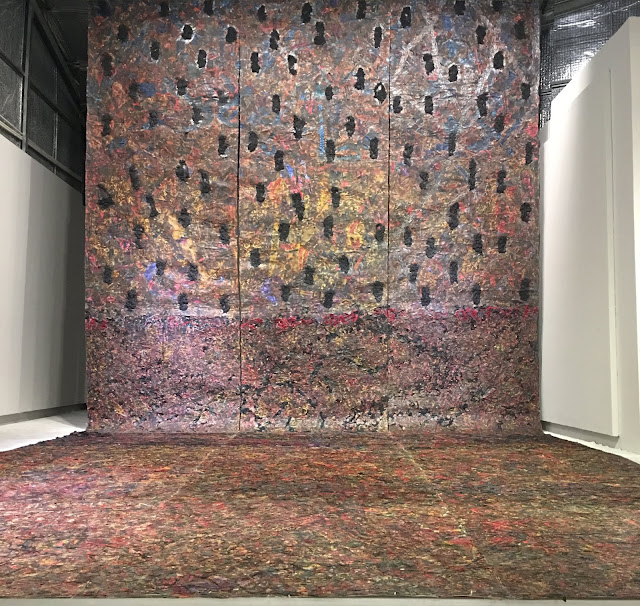 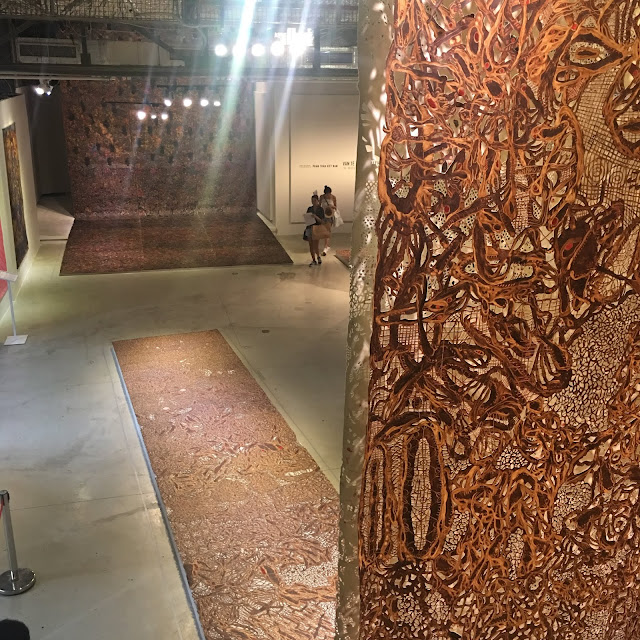 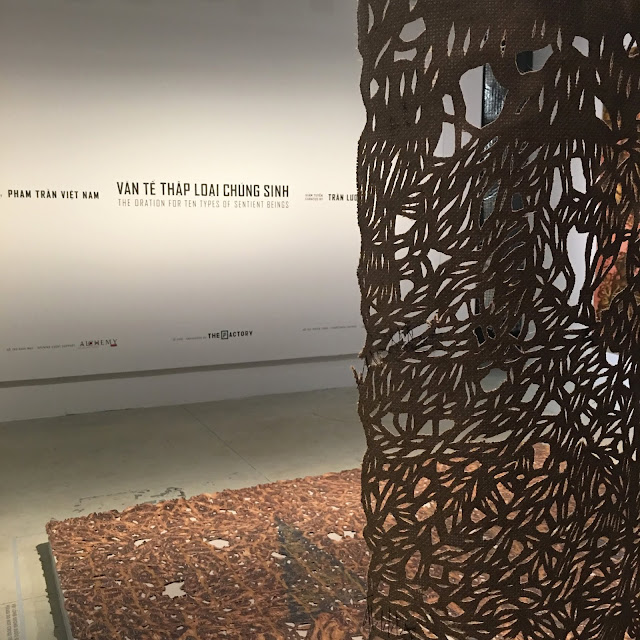