On the 6th December 2018 I was very happy to participate in the 10th Online Performance Art Festival, conducted solely online and broadcasting from my home in Saigon, Vietnam.

I chose my performance 'The Path to Enlightenment' as I had not performed it live before, only conducting a recorded version on 2nd July 2017 on Cheung Chau Island, Hong Kong.

This live-streamed version went out on the internet at 1:00pm UTC (8:00pm Vietnam time).

This 10th incarnation of the Festival, concept initiated by Sandra Bozic, took place from 6th - 9th December and my performance was the second piece to be presented on the first day following Yusuf Durodola who was streaming from Lagos, Nigeria.

Live performance is interesting as there is no guarantee that events will happen as planned, anything is possible and it is necessary to be prepared for that eventuality. In fact there was a surprise (for me) during my performance. At the beginning, I set up the framing of the candle and there was a minute or so before I began as I needed confirmation that the live-streaming was working properly. Once I received the go-ahead from Dragan Strunjas I switched off the lights and began the performance.

On reflection, the candle's failure to re-ignite itself actually reinforced the underlying meaning behind the performance. The struggle to extinguish the candle in the latter part of the performance, was combined with an earlier struggle to make the candle work the way it should! I was initially frustrated and disappointed that the candle didn't re-ignite, until I realised that this added to the uncertainty and loss of control felt by Sisyphus. I was forced to surrender control to the candle and it was necessary to accept whatever happened. These surprises and unexpected outcomes are what makes performance exciting for me. I have tried to embrace accidents and chance occurrences in my work overall but in performance the effects of these serendipitous events can be quite visceral. 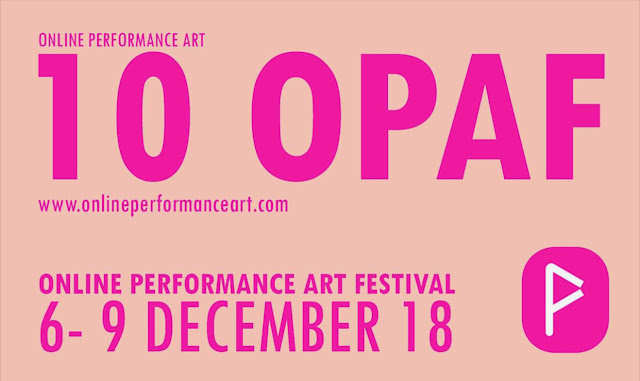 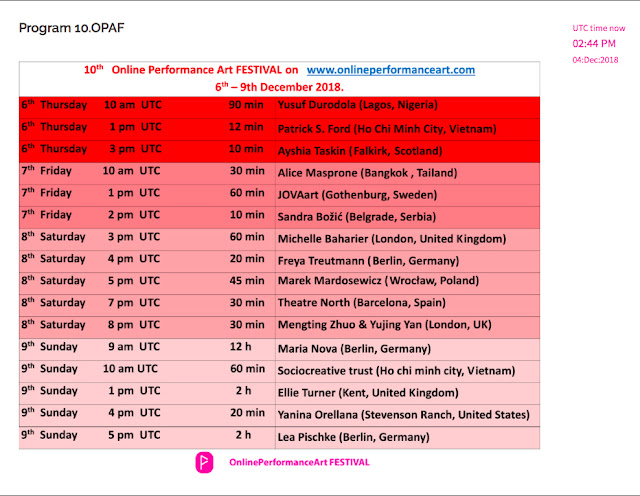 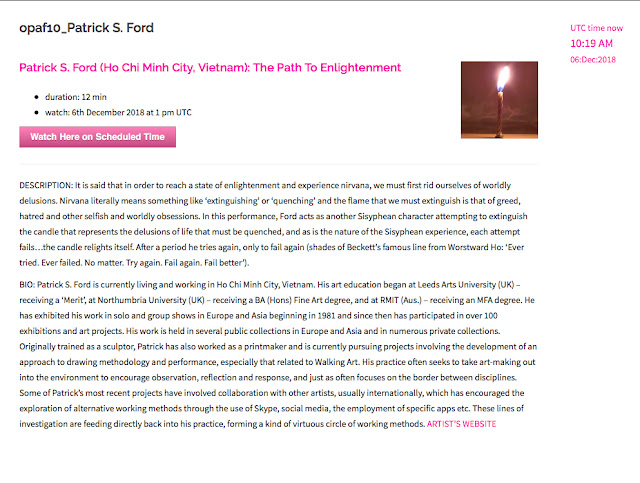