'52 More' is a project created by Dr. Blake Morris and which follows on from his '52 Scores' project. The off-cuts of text left over from that previous work was now offered to participants so that they may use them to create scores that others could explore.

As I had greatly enjoyed participating in '52 scores', it seemed an easy decision for me to also participate in this new project. Of course, '52 More' involved taking responsibility for the compilation of a score, as opposed to following one compiled by others and it was this opportunity that attracted me.

To kick-start the process, Blake sent me an image and an assortment of short texts, sentences and phrases. As I was living in Vietnam at the time, the assortment was sent via email as opposed to the usual method via mail.

Once I had received Blake's email, I printed out the various snippets of text, as well as his letter, and began playing around with them on top of the base image that appeared to be a sample paint card, featuring a variety of 'popular yellows', produced by Marquee Paint.

Following the instructions, supplied by Blake, I played around with the texts for almost a week, creating passages, disassembling passages, recreating alternate passages with the text, before finally deciding upon a configuration that seemed to present possibilities for exploration while at the same time retaining an element of the unknown, and perhaps some slightly absurd suggestions. At the end of the week I had arrived at the final score, which can be seen in the first images below: 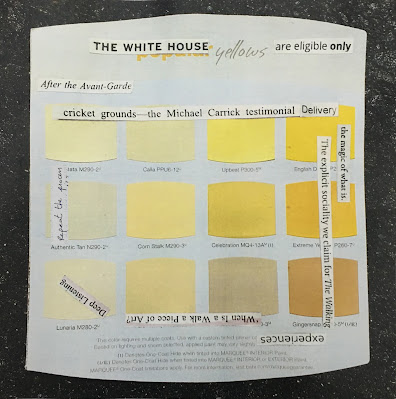 The Final Score - 11
The walk took place on Sunday 29th August 2021. Blake walked in New York City - USA, Laura Phelps walked in Cardiff - UK, while Nina and I walked in Sewerby, East Yorkshire - UK. The three groups of walkers stayed in touch, exchanging comments and images via the 'Telegram' app.
The final score text read as follows:
The White House / yellows / are eligible only / After the Avant-Garde / cricket grounds - the Michael Carrick testimonial / Delivery / the magic of what is. / The explicit sociality we claim for The Walking / experiences / 'When is a Walk a Piece of Art? / Deep Listening / repeat the process 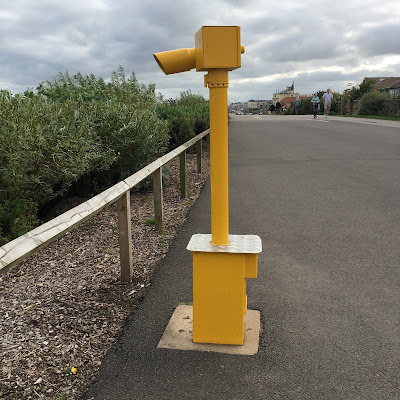 At the very start of the walk we found our first yellow, and with it the means to see our destination, a little further up the coast.

The cliff-top walk leads toward Sewerby, trees on the left, the sea on the right. 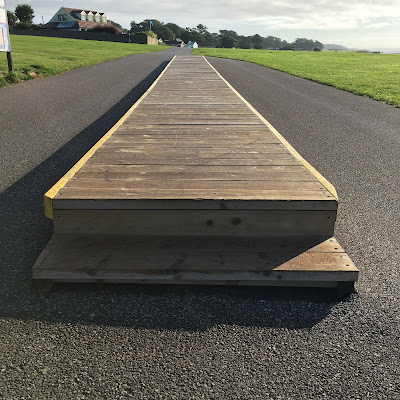 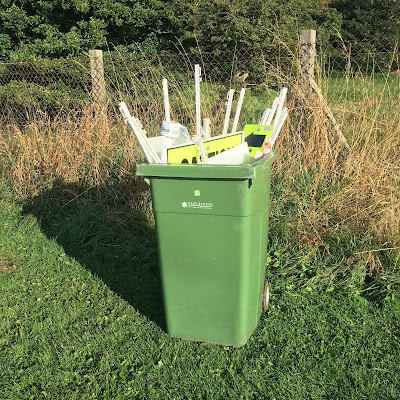 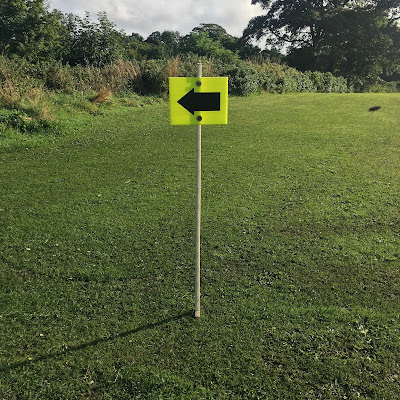 The route markers were left for others but they became relevant for us too. 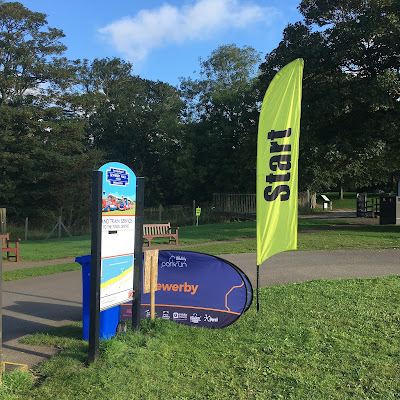 'The start', marking the entrance to Sewerby Park, the terminus of the land-train and the beginning of our cricket investigation. 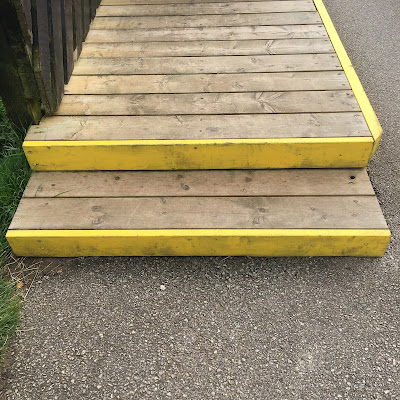 We arrived at the land-train terminal platform but the train had already left.
Heinrich Böll obviously never came here, and if he had perhaps he would have preferred walking too. 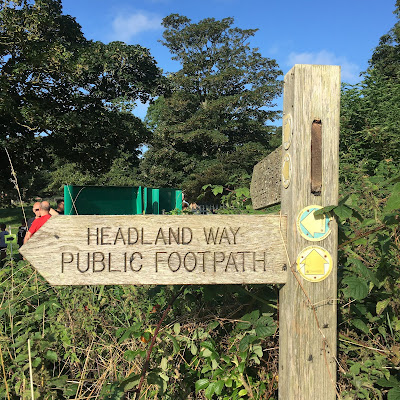 More yellows and more directional signage. This one hinting at the sociability of walking. 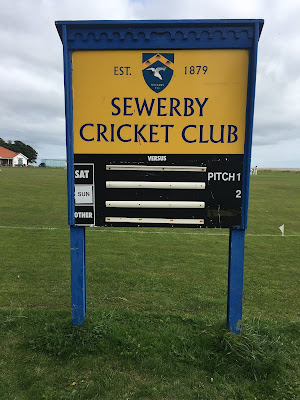 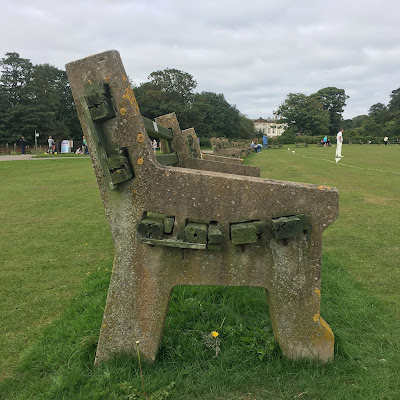 Spectator seating surrounds the pitch, though today there were few takers. 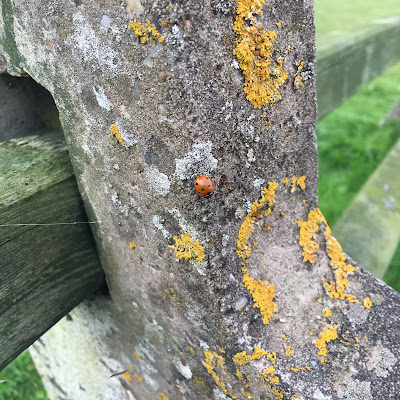 ...and some of those were from the insect world... 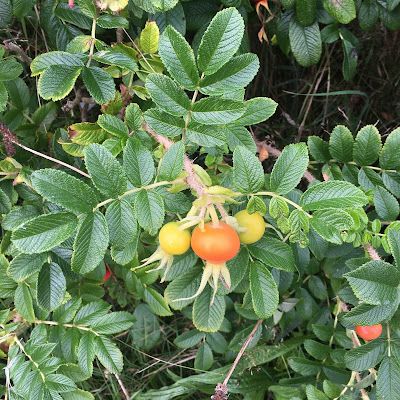 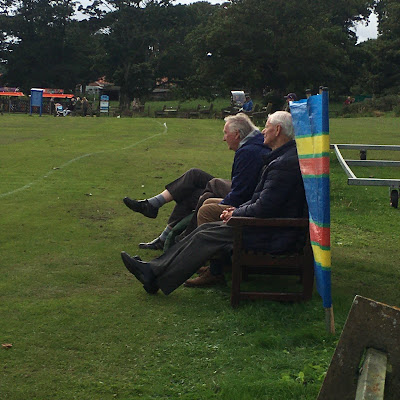 Further round the pitch I found a group of enthusiastic spectators, who came with their own wind-break. 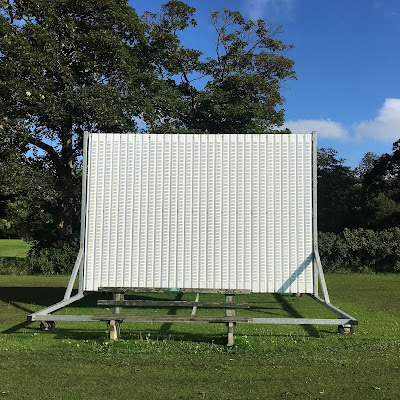 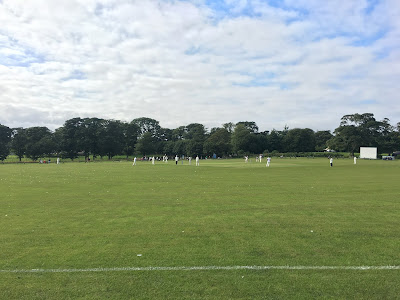 The cricket match in progress, seen from the cliff-top side. 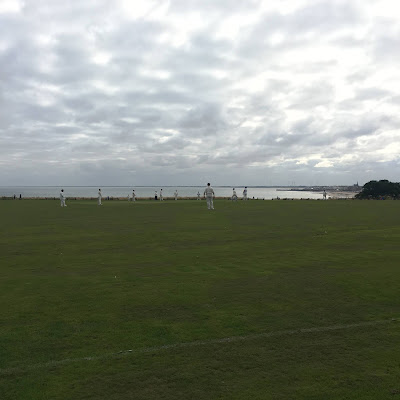 The cricket match in progress, seen from the pavilion side. 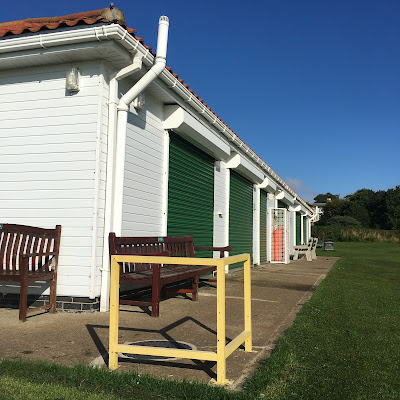 The rear of the pavilion. Another minimalist construction, this time in yellow. 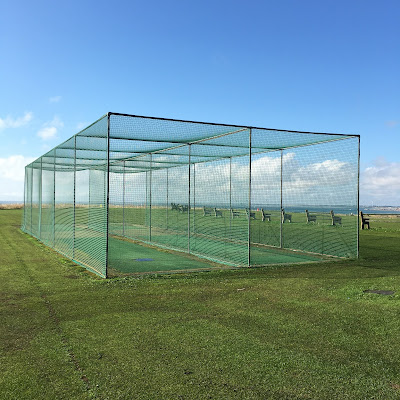 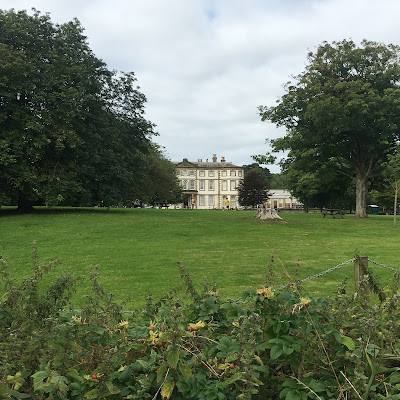 We finally sighted the White House, nestling in the trees, beyond the ha-ha. 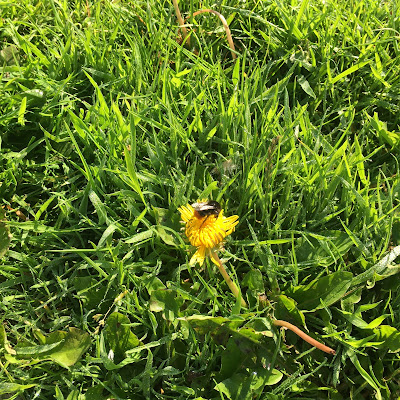 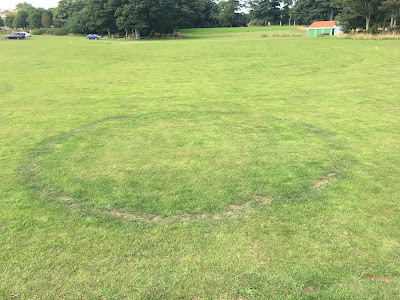 We found a fairy ring near to the practice pitch. 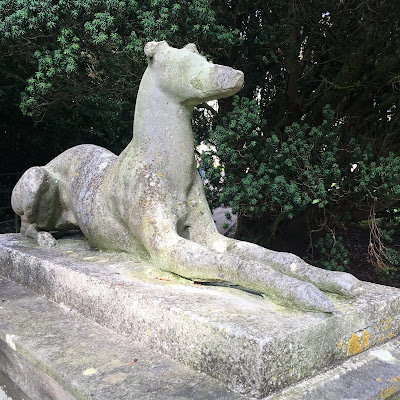 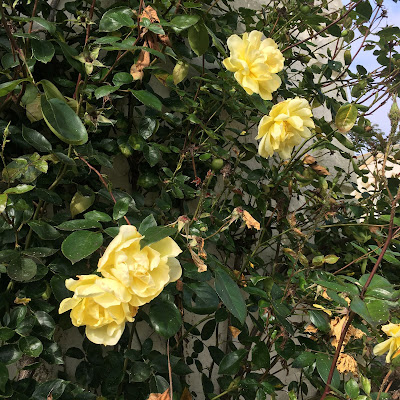 Picking up more yellows in the local hedgerows. 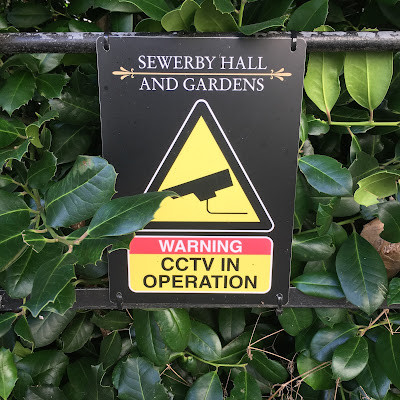 Being observed whilst observing... 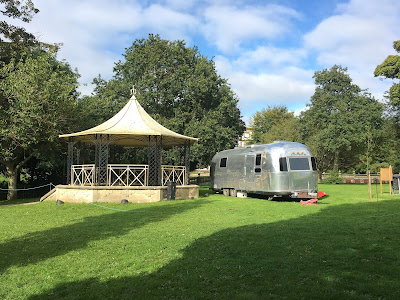 Deep listening, echoes of the park band reverberate only in our imagination. 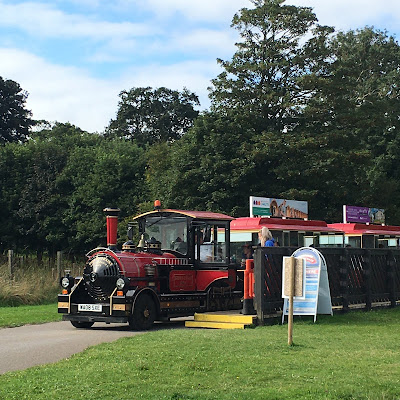 At the end of the walk, we found ourselves in time to catch the land-train. However, we turned down the offer. Why ride when we could walk?
For more details and observations about Score 11, please see Blake's project blog here. If you would like to create a score or participate in scores created by others, please contact Blake directly via the details on his website.
Posted by Patrick S. Ford at 5:42 AM