The annual Fourth World Congress of Psychogeography was held this year on Saturday 4th and 5th September 2021. For this event Dr. Nina Yiu and I proposed a project we called 'Experience Mapping' that aimed to record the collective experience of participating in the congress. 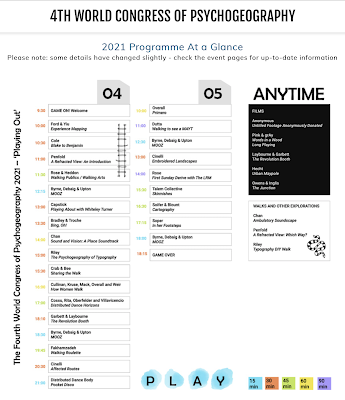 Maps are often depictions of actual locations, a record of the activities of a person or group of people, or even directions enabling someone to arrive at an intended location.
Rather than creating a map of the actual locations around Huddersfield University and its environs, we wanted to collate the experiences of different participants during the weekend, wherever they were, and combine them into a virtual map that could represent the collective experience of participants of the 'Experience Mapping' project.
This approach required us to invite participants to take photographs of their activities sometime during the weekend of the congress and to send them to Nina and I, along with a note of the time the photograph was taken and a comment about the feeling at the time or a description of the environment.
These photographs would then be transformed into drawn images and subsequently incorporated into a map that integrated the disparate elements into a seemingly logical map.
Nina and I presented the project concept on Saturday 4th September at 10:00am, and a recording of the presentation can be viewed below (or viewed at https://youtu.be/Ead6fwzgYY8)
Project presentation at 4WCoP 2021, 4th September 2021
Five people eventually responded to the open call by submitting photographs: Elspeth Billie Penfold, Sonia Overall, Aled Singleton, Steve Goldman, and Time Chapman. In total, we had twelve photographs to work with.
The first stage was to transform the photographs into graphic images by hand. As this process took some time, it allowed us gain a 'feeling' for the image and what was being captured, almost as if we were there ourselves, quite a lyrical approach we discovered. These days most of us are under pressure from deadlines and it is not often that we find ourselves with the luxury of patience.
Being patient is sometimes what is required and in this project it was essential. The entire process was also unexpectedly delayed when fate intervened, and an unexpected family bereavement brought the process to a halt. It was several months before we were able to establish the correct frame of mind to retrace the previous thought processes.
As the images were created one-by-one, they were juxtaposed each time and a story gradually began to reveal itself as the images accumulated, and this emerging story became the guideline we used when composing the final map.
The 'Experience Mapping' project was a pilot project as it was the first time that it had been tried. There was inevitably a learning curve to negotiate within the process. In future, it is hoped, more complex maps would be attempted, if the opportunity arose.
Below are the twelve photographs used as the inspiration for the map, the twelve images transformed into hand-drawn images, and finally a screen-capture of the resolved map. 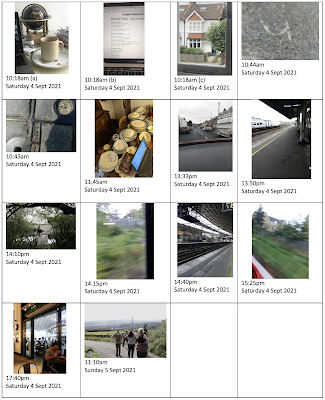 The twelve photographs submitted to the project 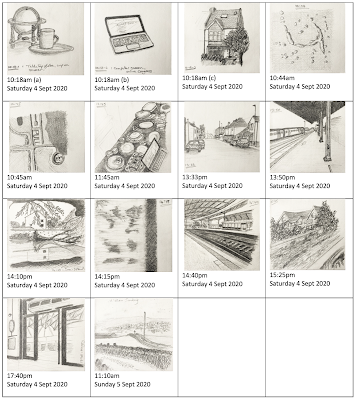 The twelve drawings created in response to the photographs 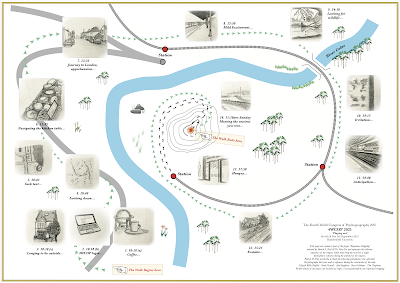 The final map as an A3 pdf
A recording of the congress final plenary session was made and can be viewed here, or below:
Posted by Patrick S. Ford at 9:41 AM