For 4WCoP 2022, held this year on Sunday 4th September, the proposed project was entitled 'Contingent Cartography' that, similar to last year's 'Experience Mapping' Project, aimed to record the collective experience of participating in the congress. 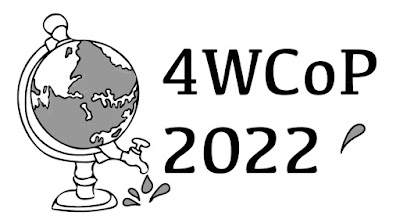 This year events took place throughout the summer instead of merely within the designated weekend. Last year, participants were invited to send photographs that had been taken during congress events or during the journey to and from those events. Following last year's experience of translating the submitted photographs into drawings prior to their integration into the combined map, it was decided that participants would be invited to send hand-drawn maps that had been created in relation to some of the events occurring during the summer. In this way, it was hoped that more of the participants work and direct input could be transmitted into the final map and would, therefore, be more of a collaboration.

Contingent Cartography: Project description
The three submitted maps (ranging from abstract, to detailed, and to painterly) were deconstructed into component parts so that they could be more easily integrated with each other using ai. The final work combined all three images and was influenced in its nature by those same constituent maps. Unlike last year, which had been a logical and quite linear set of instructions (albeit instructions to walk within a non-existent, virtual environment), this year's final map was much more abstract, with no discernible start and finish. Anyone using this map could choose their own starting point, and destination and could interpret the directions in whatever way they felt the most interesting. 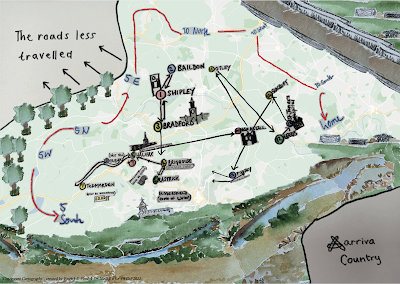 The project was presented on Sunday 4th September, online, and a recording can be viewed below, or on our YouTube Channel here.