On entering the Simon Lee gallery I was greeted by two works of the renowned Italian artist Claudio Parmiggiani. The first, hanging on the wall directly opposite the entrance was a powerful image, like an eye staring back at me. It appeared to be a photograph of the Helix Nebula but as I approached closer it became apparent that a hole had been burned into the centre of the image. The flames had engulfed the entire 'pupil' of the image and the contrasting white background, seen through the hole, emphasised the damage. It was as though the intensity of the hot, fluorescent gases being expelled from the star caused the photographic image itself to combust.

The second work, occupying almost a third of the gallery, was comprised of a great pile of white rubble, classical heads heaped one on another blocking access to that part of the gallery. Parmiggiani's iconography was assembled in Italy during the radical 60s, when contemporary artists struggled with the suffocating presence of ancient Italian culture. Through a post-modern lens, Parmiggiani creates metaphysical poetry that borrows allegory and symbolism from the Catholic tradition. This work, Untitled (Senza Titolo) 2013-15, is enigmatic, De Chirico-like and great fun. 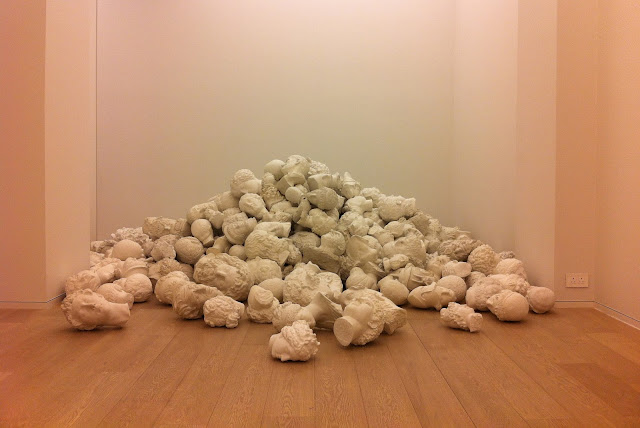 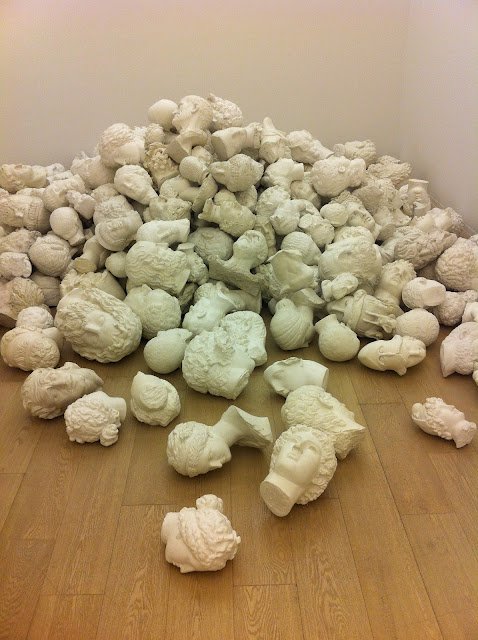