On the 23rd February each year a one day festival of Psychogeography is held across the UK and the world, entitled 'Terminalia'.

As the festival website states, it is 'a one day festival of walking, space, place and psychogeography' named after 'Terminalia...the festival of Terminus, Roman god of boundaries'.

Many events are group walks and encourage participation but there are also 'private, solitary walks' that are also listed on the main festival website.

I decided to participate in the festival by planning a walk for the day of the festival and as I am currently living in Saigon - Ho Chi Minh City I found a way to link in to the history of the city.

I had been reading about the history of the city and I was interested to learn that once there was a large citadel in what is now District 1, named the Citadel of Gia Định, or as it is in Vietnamese: Thành Gia Định.

It was originally constructed in 1790, a year after Nguyễn Ánh had captured the city. The citadel was designed and constructed according to the Vauban style. This original structure was destroyed following the rebellion of 1833 and a new, simpler citadel was then built. In 1859, as part of the French invasion this new structure was destroyed by the French.

For my planning I decided to focus on the first structure as I felt that this was the most attractive design (although there is some argument that this was exactly as drawn on maps).

I found several maps that indicated the location of the citadel and worked out the footprint as it would have been in the 1800s. Around that footprint I could draw a line to follow that would effectively circumnavigate the location of the old citadel. As a guide I used faint lines appearing on the old map that corresponded with the current position of roads within District 1. 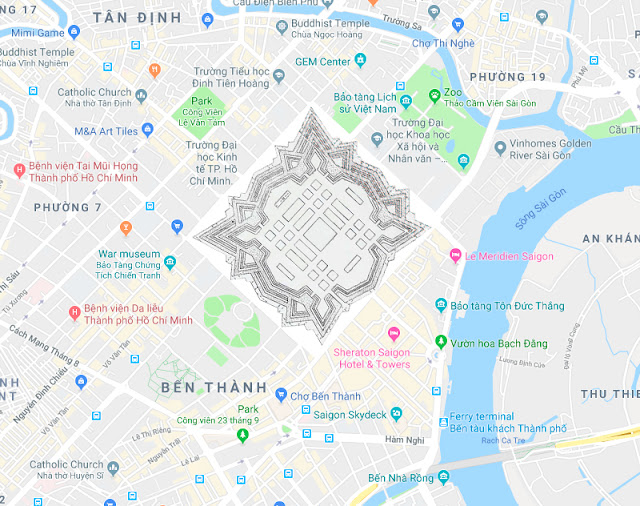 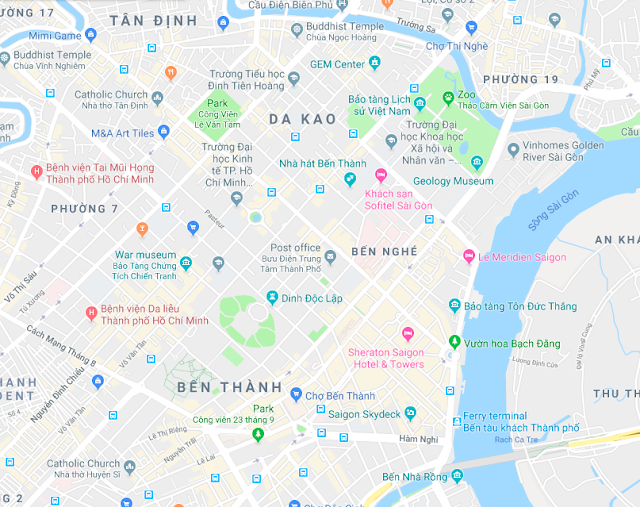 The walk undertaken for the terminalia festival can be enjoyed here.